You are here: Home1 / Employment Law2 / An Allegation of Defamation Could Be a Protected Disclosure

The Employment Appeal Tribunal (EAT) has held that an employee’s attempt to set the record straight about blame cast on him could be covered by whistleblowing legislation – if it also clears the ‘public interest’ hurdle.

It is unlawful for an employee to be dismissed or subjected to a detriment for having made a ‘protected disclosure’ (otherwise known as whistleblowing).

For this legal protection to apply, there must have been:

A disclosure of information that the worker reasonably believed was made in the public interest, and which tended to show that at least one of these six wrongdoings had happened, was happening, or was likely to happen:

Whistleblowing cases usually centre around employers’ and employees’ opposing views on whether or not the criteria for protection have been met.

Mr Ibrahim was an interpreter. He complained about the circulation of false rumours that he had breached patient confidentiality.  The employer investigated the situation and rejected Mr Ibrahim’s complaint.

He went on to be dismissed and claimed at tribunal that he had suffered a detriment for having made a protected disclosure. His case hinged on the disclosure (his complaint) having showed a failure to comply with a legal obligation (defamation).

Whistleblowing protection did not apply, the tribunal held. Mr Ibrahim had not disclosed information that tended to show a breach of a legal obligation. A complaint by an employee that others are falsely blaming him for breaches of confidentiality that are so serious that the employee feels he has to clear his name, is not a complaint that those others have failed to comply with a legal obligation.

Although Mr Ibrahim didn’t win his appeal (the EAT agreed with the tribunal that the public interest element was lacking), the case has confirmed the possibility that a worker who alleges defamation could be a whistleblower, protected in law.  Defamation can be a breach of legal obligation, the EAT said.

However, Mr Ibrahim failed because in making the disclosure he was trying to protect his own interests (clearing his name) as opposed to believing that there was public interest in what he had to say.

What this means for employers

Whistleblowing typically involves concerns about health and safety, financial irregularities, breaches of regulatory duties, crime. This case highlights that protected disclosures can be about much more than that. Employers therefore need to be mindful that information that an employee decides to pass on to them, or to external bodies, may well be the basis of a protected disclosure even if it does not immediately appear to be.

Some employees will still fail in their claim because they are unable – as Mr Ibrahim was – to show a reasonable belief that disclosure was in the public interest. That public interest element is notoriously elusive when it comes to matters that are personal to an employee, such as breaches of their employment contract.

The detail of these types of cases, and the law, can be complex and there are always going to be arguments about whether something was or was not a protected disclosure. The good news for employers is that failing to correctly spot and label a disclosure will not, by itself, land you in trouble. You will only fall foul of the whistleblowing legislation if you treat an employee badly (dismiss them, demote them, overlook them for promotion, ostracise them, for example) for having blown the whistle. It is your response to the whistleblowing that matters. And if you handle the information properly and do not penalise the employee for having brought issues about wrongdoing to light, you will find that there is no legal basis for a whistleblowing-related claim against you. 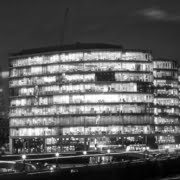 When Tweets Backfire
Scroll to top