One of the essential elements of a claim for discrimination arising from disability is knowledge. For liability to attach, the employer must have known, or be reasonably expected to have known, about the individual’s disability before subjecting them to the unfavourable treatment.

The Employment Appeal Tribunal (EAT) has reached an important decision about the timing of the acquisition of that knowledge, and about the way in which something arising in consequence of a person’s disability must have influenced the treatment they received.

Mrs Baldeh’s job as a support worker at Churches Housing Association was cut short when she was dismissed at the end of her probationary period. There had been various concerns about her performance. These included:

–          Failing to consult with senior staff about an instruction that had been left with her;

–          Her communication style and the way in which she related to her colleagues and manager.

Mrs Baldeh appealed her dismissal. She told her employer that she suffered from depression and that she sometimes behaved unusually because of it. She had short-term memory lapses and could be unguarded in what she said.

At the employment tribunal

The tribunal found against Mrs Baldeh on the basis that:

Mrs Baldeh’s appeal was upheld. The two most significant aspects of the decision are these:

Although the employer had not known about Mrs Baldeh’s disability before taking the decision to dismiss her, it was arguable that the employer could reasonably have been expected to know about the disability at the internal appeal stage. That was crucial to whether or not discrimination had  taken place. The appeal decision should have been considered to be part of the overall decision to dismiss, the EAT said.

On the question of whether the unfavourable treatment (dismissal) had arisen in consequence of Mrs Baldeh’s disability, the EAT held that material influence is enough. Mrs Baldeh’s communication issues, which came about because of her disability, simply needed to have had a material influence on the employer’s decision to dismiss her in order for there to have been discrimination. Those issues didn’t need to be the only or the main cause.

The EAT has made it very clear that an employer may be liable for discrimination where it had been unaware of the employee’s disability until the internal appeal stage. Appeals are to be viewed as part of the dismissal decision, so any information that comes to light up to and at that point should be very carefully considered and acted upon.

Given that employees are not always open about their disabilities (particularly mental illness), employers must be mindful of the ongoing responsibility to look for signs and to properly consider any new facts and evidence they receive. An employer who is told, or should reasonably be expected to know, about an employee’s disability during the latter stages of a disciplinary process should take it that Equality Act protections apply.

Related to that is the point that even though there may be many grounds for dismissing an employee, employers must be particularly careful where one relates, or potentially relates, to disability. Where a dismissal decision is based at least partially on a disability-related ground, there is the possibility of discrimination. ‘Material influence’ is enough. Whether the employee would have been dismissed anyway for any of the other reasons is something to be considered during an assessment of compensation; it would not preclude a finding of disability discrimination.

One final word: the EAT also held that, on the justification point, the tribunal ought to have balanced the prejudice to Mrs Baldeh of losing her job for something that potentially arose out of her disability against the employer’s needs in respect of its legitimate aim.  That, too, is something for employers to bear in mind when deciding the best course of action. 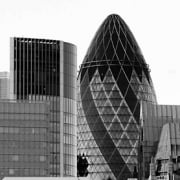 An Allegation of Defamation Could Be a Protected Disclosure
Trustpilot