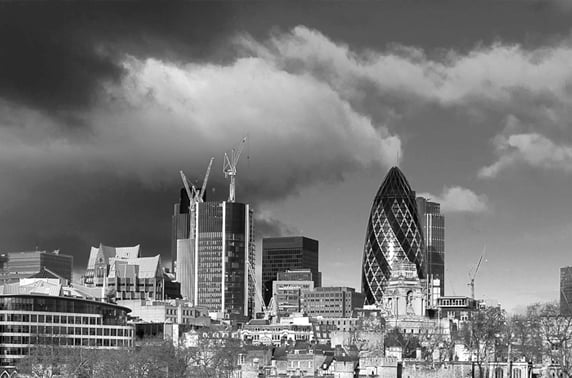 You are here: Home1 / Employment Law2 / When Tweets Backfire

Danny Baker described posting that tweet about new royal baby Archie as a ‘stupid unthinking gag’. The post featured a picture of couple, holding a clothed chimpanzee, and the words ‘Royal Baby leaves hospital’. Baker was very swiftly sacked by the BBC in response.

This is social media; a friend, yet in many ways a foe, of employers. While there are many commercial benefits to be gained from having employees and other associates as ambassadors for a business – using Twitter, Instagram, Facebook, LinkedIn to send positive messages that reflect well on an employer’s brand – the fallout of a misjudged or an otherwise inappropriate post can have extremely serious consequences for an organisation. Liability for defamation, discrimination, harassment or intellectual property infringement are just some examples. The leaking of confidential information is another. Then there is reputational damage and lost business.

That is why employers are usually keen to quickly disassociate themselves from toxic tweets and the like. And, in some cases, dismissing the employee will be perceived as the ultimate display of disapproval, as well as being the right step to take when the employee’s actions amount to serious misconduct.

These days, social media is keeping employers on their toes in a number of respects. It can be a distracting force in the workplace, with employees’ personal use eating into their working hours. But without doubt the biggest challenge is in ensuring that employees understand where the line is drawn between publicising ‘personal’ opinions and those that lead to associations with their employer. A controversial tweet that doesn’t mention an employer, posted from home at 10pm on an employee’s Facebook page, is not necessarily ‘personal’ and none of the employer’s business. If a connection can reasonably be made between the individual and their employer, that should sound some alarm bells.

What about the right to a private life? An employer will not want to impinge on that, but it does need to protect its own interests. And, if there is good reason to take issue with an employee who has posted something inappropriate and which has actual or potential ramifications for the organisation, action should be taken (but get some good legal advice first).

One particularly tricky issue is around freedom of expression, especially in the context of religious belief – a protected characteristic under the Equality Act.  An employee may argue that he or she was within their rights to express their religious view on a particular subject even though others might have found it offensive. The employer must then take a view on what happened, the context, and the extent to which the employee who posted the comment breached workplace rules.

Whatever the ins and outs, an employer’s response to a social media incident must be a measured one; one that is reasonable in the circumstances. And the organisation’s social media policy should be at the heart of this. It is an essential document for all employers, and something to keep under review and to update as the social media landscape evolves. The policy should leave employees in no doubt about what is and is not acceptable when it comes to their online interactions. From an employer’s perspective, this is aimed at minimising risk; employees who understand the boundaries (and the potential consequences of acting outside those) may be less likely to get themselves and their employer into trouble.

There should be a clear set of rules about employees’ permissible use of social media, including whether they may use social media during working hours and for what purpose. There should be strict prohibitions on communications that could damage the employer’s business interests or reputation, and which could lead to legal liability. Employees should be required to ensure that their social media profiles make it clear that they are posting in a personal capacity and not on behalf of their employer. And employees should be made aware that disciplinary sanctions, including dismissal, are a real possibility where the policy is breached.

It is really important to remind employees of the policy from time to time, so you should schedule periodic training on the use of social media. Because one of the most common pitfalls for employees in the social media context is complacency: forgetting, or not considering, the potential impact of what they write before hitting ‘send’. That is especially true in respect of the reach of social media; it is so easy for a post to gain significant traction and momentum. So, one of the key points to hammer home in a social media policy and in your training is that nothing posted online is truly private or personal. There is always the potential for exposure, damage and a tidal wave of unintended negative consequences. And so careful thought must be given to every post – however innocuous it may seem at the time – before sending.

An Allegation of Defamation Could Be a Protected Disclosure